Back Pain During Pregnancy 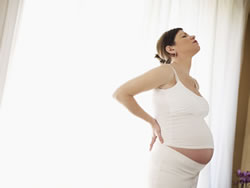 With pregnancy comes many delights as you plan for the addition of your new child. However, sometimes it comes with discomfort as well—especially back pain. Luckily, a recent study has revealed that chiropractic care is a reliable way to relieve back pain throughout pregnancy, and we specialize in this for the NE Minneapolis area. The positive effects of chiropractic may even last for a good while after you have delivered!

Researchers recruited 115 pregnant mothers who were (1) suffering from pain in their back or pelvic region, (2) had not taken advantage of chiropractic attention during the prior three months, and (3) were not restricted from participation. Each woman then engaged in chiropractic treatments, with the rate of sessions and methods of manipulation solely established based on the advice of the chiropractor for that individual expecting mother.

Data was compiled at one week, one month, three months, six months, and one year past the initial chiropractic visit to identify what progress, if any, the women noted regarding their back pain. What they discovered is that the level of improvement in pain increased the more time went on.

For example, when asked after the first week of treatments whether or not the participants observed a drop in their level of pain, over half said yes. That amount increased to 70% one month into treatment, then to 85 percent being satisfied with the results after just three months of chiropractic care. At the six month mark, 90 percent said that they noticed less pain in their back region, and the results carried on, with 88 percent noting positive effects one year after the preliminary session.

If you're pregnant and you have back pain, give Dr. Anderson a call at (612) 354-2231 to learn more about how Lifelong Health Family Chiropractic can help reduce your symptoms. We'd love to help you have a healthy, natural pregnancy!